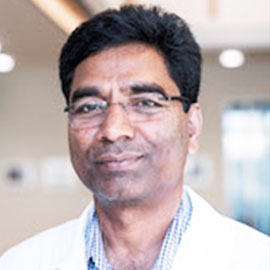 Hari is a founder of Arrien Pharmaceuticals, serves as Chief Scientific Officer and SAB Member of the Company. Hari developed the empirical-driven FIELDS technology, successfully translated the FIELDS in to early discovery pipeline of targeted therapeutics development for Cancer, Autoimmune and CNS/Neurodegenerative diseases. He is currently serving as Associate Prof. at TGen supporting drug discovery programs for cancer immunotherapeutics. He was Asst. Prof./Chief Scientist at the Center for Investigational Therapeutics (CIT) of The Huntsman Cancer Institute (HCI) and School of Medicine of University of Utah. His presence at HCI lead to the discovery of two agents (HCI-2577/SP-2577, HCI-2084/TP-0903) currently in Phase 1 clinical trials. From 2006-2009, Hari was Chief Scientist at SuperGen, Inc., (now Astex/Otsuka Pharmaceuticals). From 2003-2006 he was a Director of Medicinal Chemistry for early discovery/development activities and was key in creating three clinical agents; MP-470/Amuvatinib, SGI-1776 and SGI-110/Guadecitabine, several pre-clinical candidates, CLIMB technology and co-founded Montigen Pharmaceuticals with an initial Series B of 5 million. In year 2006 Montigen was acquired by SuperGen for 40 million where Hari played a key role in bringing science/technology in this deal transaction. 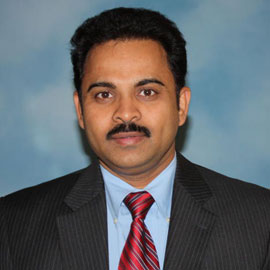